it is 12:20 pm in New York, a Friday
the sun is folding, taxis idle or cruise
light is bent, apparently, even curved
— so much for Euclidean Optics —
it all plays out so cinematically

rough textured surface & muddled &
hazy articulation of the central subject
there, in the corner, staring at his coffee
[simultaneously familiar & mysterious]
goofy Johnny Walker grin on his face
eyes vague blue, blue like the sky, & changeable
ink runs from the edges of his mouth
having been up till 4 a.m. drinking, asks for an aspirin
eats a plate of salted radishes & pickled herring
with an indifferent eye
watches a bank of TVs all rotating their channels
none are to be understood solely in relation to their materiality
they exist only as they are being experienced
operatic conventions are used to elevate the melodrama
two young painters storm the “Art & Sex” show disguised
as giant penises
the glamorized image of a cowboy is appropriated by
the Philip Morris Cigarette Company
the waitress reappears in short skirts, freckled by beads
& wolves’ teeth, sporting a bright pink T-shirt with glitter
that reads:
HEAVIER WHEN NAKED
the cubo-seriality is modular & multidirectional
half-close your eyelids, loosen your hair
(about suffering they were never wrong)
snow falling & night falling, fast, oh, fast
groin against groin against the wall
too bad for you, beautiful one, unadorned by laurel
who winked too much & was afraid of snakes

feel free to observe the irony of

with the flick of a switch aggression

I look in the mirror & witness a
silly frizzy-haired girl with no
discernible eyelashes & wonder:
is this me? how I see myself?
slightly morose slightly pretty

quality of being melodramatic &

deadpan at the same time, where gender
polarizations are key elements of the plot
(there’s a level of seduction in the work) whether
cinched cock or flower must view in the same way

the question is: what is it to be familiar?
bigger, brighter, more glamorous &
— in some ways — darker, I s’pose
hardly any [t]errors here (much) except lips
thickly purpled & caked w/wet white foam

Into the [dark] Woods

are the woods still there? the woods
were [are] almost there. in a sick shade of spruce
moss-webbed, rock-fed, there they are
the soft eyes open
those otherwise knowing glances of trees
those nights in bright moonlight
lost along no railroad under some barkish choir
[people don’t usually sing in poems, do they? said the girl]
this walk into the wilderness is full of falls & stumbles & pains
no relocation of abstraction into a tightly-locked garden of Kantian design
no bright red cape, strand of golden hair, golden slipper or white cow
no magic beans or benevolent fairy godmothers
a string of dead waterfowl lines the path

“blue waves on a fading shift of grey erosion”
[poets being bees in the invisible, according to Rilke,
interpreting phenomena is deciphering one’s view]
make no mistake, the wood, in itself, is a plurality of meanings
— meaning — almost all the landscapes called “events” are about disasters
[violence, is, after all, our global condition]
rain puts a chill in every leaf, every blade of grass
coyotes wail, then of a sudden, their lights go out
onlookers go rigid when the ghostly train rumbles through
in the blue hubbub of the selfsame sky
I have appropriated the windy twittering of aspen leaves
woods driven deep into the grooves creates a sort-of music
whose laughter is full of nails rattling
— I shall never put it together entirely —
the unheroic sentences, splintered, are remaindered in an unvoiced space
the farther out it gets the harder it is to describe
unable to touch a stop or turn a screw
in the [dark] woods, across the [sodden] ground
I feel my way 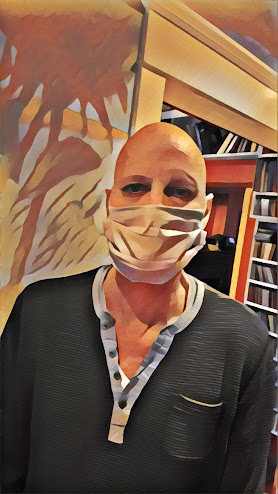 Stan Rogal: I live and write in Toronto. Work has appeared in numerous magazines and anthologies in Canada, the US and Europe, some in translation. The author of 26 books: 7 novels, 7 story, 12 poetry, plus several chapbooks. An MA English from York U. I'm left-handed and have never owned a cell phone, placing me securely in the elite 8% of North Americans.
at October 18, 2021 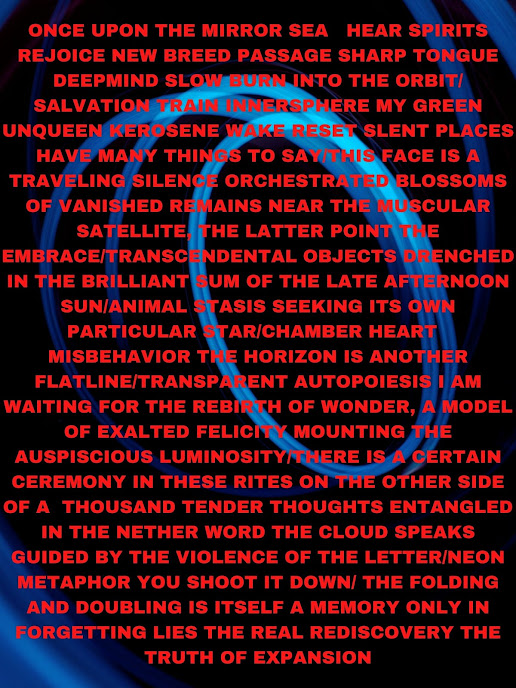