A hymn to stains on the convolutions of industry, by Joshua Martin

fantastic vertebrae a long licking corner of an unknown world spinning in its infinite dialogues spewed like patchy grasses left off a vowel dimpled coconut millionaire at the precipice of the bare shoulder blade tangled interspersed with algae glue & character accolades pealed backwards with handlebar clouds razor blade glimpse absence of leaping absence of leaping falling like scraps of wood         against leaf
wall                                   over
comma
beside                     circle
underwear                         dis-
integration
half bended paralyzed
sealed shielded between useless mushroom head half-regarded vanguard of tired plants to crash
to fall colliding with stairs revealed like the slow happenstance beside broken lamps the depths
where fists
ooze toward the
doorframe & surrounded
by mourners culpability:
fizzled out a horn stuck
between the
minutes
that pass
heavily& never out again
neither more nor less
nor the subscriptions
left
to
burn
on the
stove deserted under tongue sliced envelope squirting vacant vestiges of uneducated priests carried over the soaked floors & into the creepy
fathomless closet that shivers & dissipates typified momentum
relegated to cleanliness to life
returned tug
tug
tugging <beware of purification &
phrases like “clean line”> one brain
attached to
another warp speed density
an innovative approach
to destruction removed the bandages
abandoned the formation variety of etcetera syncopated to sprained perpetual nocturnal drooling of the slithering inevitable snake in plain sight officially less hollow than bare buttocks in the crystal hours of lilting poisons regardless of static pouring inconsistencies obviously a volcano as the foggy camera angles adjusted not to
utter a single upward lack of information the indiscretion of a belched mother against pieces fit at angles rusted beside drifting solids holes
like dismantled finger traps & hurricanes
drown the cities & bury all histories until
nauseous forgotten
cursive lines battle gunshots then pass
out this month be unspeakable
& lips to ear surrounds painstaking area rug
less otherness lengthwise lack of
spectacle instead a fortress shining then lifted more
than rises entrails
of the seldom concealed postured average blame
unto the societies without
sufficient plastic to succumb to
the melting
melting bag over striking voluminous
potholes leaning against
the pyramid through
the quagmire
of the finite as rockpile altars in corner wheeze & cough over blinking lights stinging body
in varieties of one angle means dark agilities warmth of
overburdened
rooms to flood &
to flick missed bare knuckle foundation hear / hear /
hear /
the volume
jumps levels the cornerstone reads:
0000000000000000000000000000000000000000000000000000000000000000000000 of evaporation positioned at the point careening variations of sinking
step
best step the
stench & the vividness unaware to the point of ingratitude before the under armor incline met with
eyes drenched in sickness & white rage the spread / the holes that form under the feet as delusions walk with deliberate period that stops the capacity
to enchant
the fingers
ready the tiny hairs yet concludes weariness the mouth
dry dilemmas into riverbed roof of mouth that result
in promised thick & viscose renegade promise spent in tripping over scenes colossal wrists & an unreliable
framing device turned upward looking out of scars in perpetuity
bleary instinctual workings of the morning the point of distraction beneath grueling gaze or the moistness of dissipated gaze dwelling in constant glowing elusiveness feeling every moment blowing in temporary spectacles against reflections three times the mirrors separate avenues grow beyond peak
of intrigue lost
in the cobwebs of history across foreheads
eyebrows singularly crumbling heaving shoulders once pieced
together jigsaw puzzle unbalanced the rapid movements blinding on a foot
misshapen the dust out of the hair
pubic region handled
with a proudly
stirred vagueness sleep 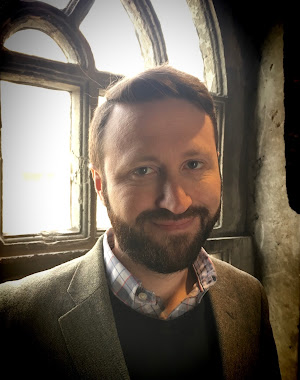 Joshua Martin is a Philadelphia based writer and filmmaker, who currently works in a library. He is the author of the book Vagabond fragments of a hole (Schism Neuronics). He has had pieces previously published in Nauseated Drive, Fixator Press, The Vital Sparks, and Breakwater Review among others.
at October 27, 2021

in These big gaps of Language to produce Artist, poet, and freelance writer J.I. Kleinberg lives in Bellingham, Washington, USA, and on Ins... 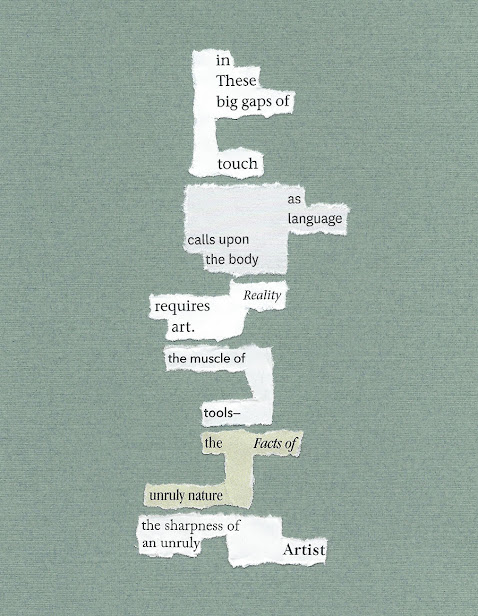